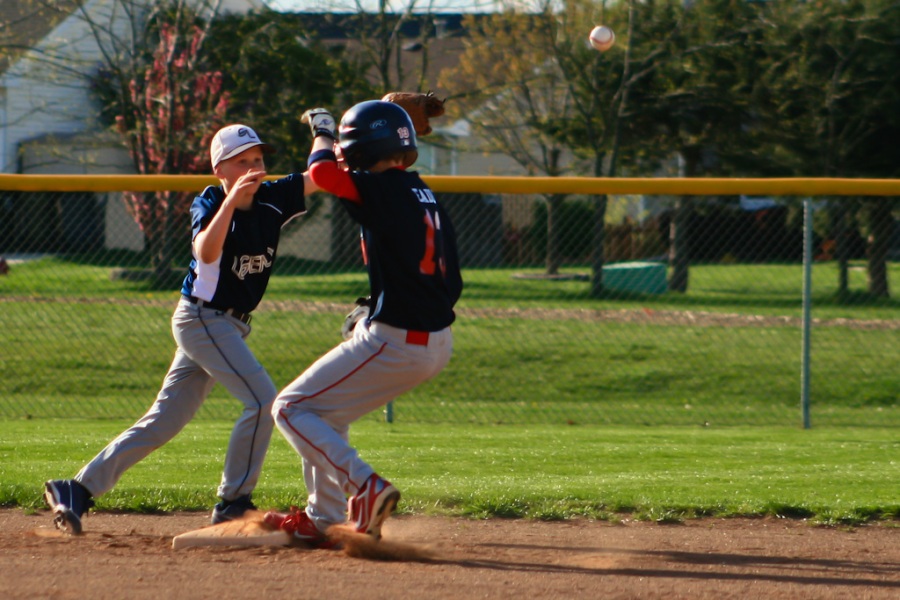 A game of 11 year olds provided this chance meeting of distant cousins at second base.  It looks like the second baseman is trying to put some kind of hex on the base runner, who happens to be his 3rd or 4th cousin, whatever that is.   Does anyone really understand what a 3rd cousin is, let alone what “twice removed” means?

When the player’s relationship was explained to me, my eyes glazed over — their respective fathers aren’t even first cousins.  The first cousins in this geneology puzzle are father to one of the players and grandfather to the other, whatever that makes them.  All I know for sure is: 1) the players in the picture are not first cousins, and 2) It was a heck of a ball game to watch.

Thought for the Day:  I was not successful as a ball player, as it was a game of skill.  Casey Stengel